He spent the early years of his life in Pimlico. His origins were not that of a typical Prime Minister as Hughes was born into a family with little money. Hughes father was a carpenter at the house of lords and his mother a domestic servant. He was destined for a low paying career like his parents, being apprenticed as a pupil teacher at the age of 14. As a pupil teacher he would’ve started off earning £10 a year and after five years, £25. 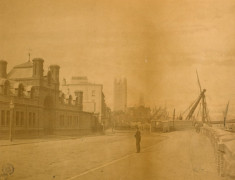 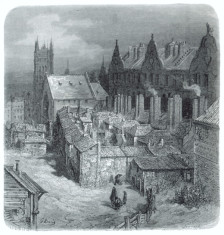 In 1884, at the age of 22, William Hughes emigrated to Australia. He had no money and started his new life over there as a beggar. Eventually, Hughes set up a book shop in 1990 after moving from Sydney to New South Wales following his marriage to Elizabeth Cutts. Here he set up a trade union which began his work in politics. The area in which he lived was a coastal area so it enabled him to set up a Waterside Workers’ Union. He started to study law during this time and in 1901 became a Labour MP for West Sydney. Finally, he became Prime Minister on 27th October 1915 whilst leading the Labour party. He held this position until 9th February 1923.

Conscription was not in place before William became Prime Minister. It would’ve meant that the country could force any men over a certain age into fighting in the war. However, Hughes fought for it to be put in place despite the labour party having a policy against it. Two votes took place and both refused the introduction of conscription. It was not until the third vote that he finally managed to pass it. After conscription was put in place Hughes visited soldiers on the front line and a school on Horseferry Road in Westminster. 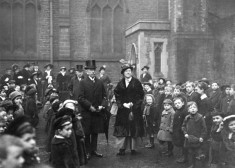 Hughes current quality of life was significantly better than what it was as a child. He was a lot higher class and he now earned £300 a year. This was noticeably better than the £25 a year he earned as a pupil teacher. William was a very controversial character – he favoured conscription and thought that Germany’s reparations should have been harsher. In addition, this character would often come out with extravagant stories that many of his fellow politicians did not know whether to believe. He would tell tales of being on the run from police, and being close to death when going three days without food and water. Hughes appeared to be an extremely interesting character and even went as far as to ditch his London upbringing. He claimed to have been born in Wales and that upon going to London could speak more Welsh than English.